On 8 February 2022, the NSW Audit Office released their report: “Integrity of Grant Program Administration”.  The performance audit assessed the integrity of the assessment and approval processes for two NSW Government grant programs, including the Stronger Communities Fund (SCF)  (round two). 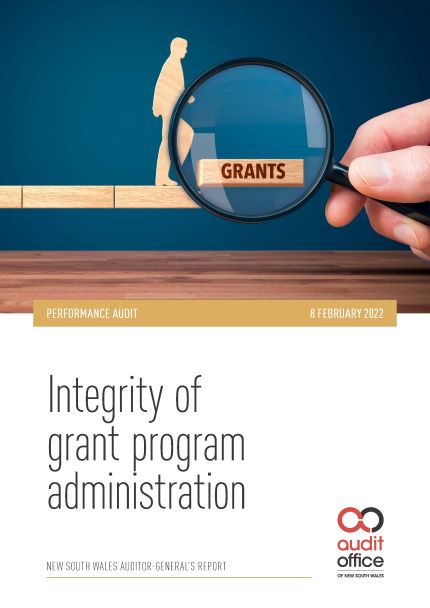 In a separate Parliamentary Inquiry into Grant Programs in 2021, evidence provided suggested that “projects were identified by staffers in the Premier and Deputy Premier's Offices. These staffers asked government MPs to propose projects for funding.”

In evidence, the former Deputy Chief of Staff in the Office of the Deputy Premier said that she too consulted only with Coalition MPs in identifying regional projects but could not recall why she was told to do so.

As an example, she described the process of identifying projects in the Central Coast Council as follows:

[T]he office … spoke to local MPs about putting forward projects. A number of projects were put forward from the local member, Mr Crouch, and those were passed on to the Office of Local Government, as requested

An email from Barilaro’s office on 3 January 2019 (below) shows the nature of these decisions for the Central Coast.

The Stronger Communities Fund is also the program where former Premier Berejiklian approved $90 million for Hornsby Council after changing the guidelines . The fund was intended for merged Councils - however, Hornsby Council was not merged.

Why does this matter?

The Audit Office Report found that the assessment and approval processes for this program lacked integrity.

It appears that the Parliamentary Secretary, Mr. Crouch, determined where funds were allocated on the Central Coast. Twenty-five projects were provided with a total of $5,500,520. Of these 25 projects, 21 were located in the State electoral seat of Terrigal.  Two of the remaining project recipients are known to have close connections to the Liberal party. 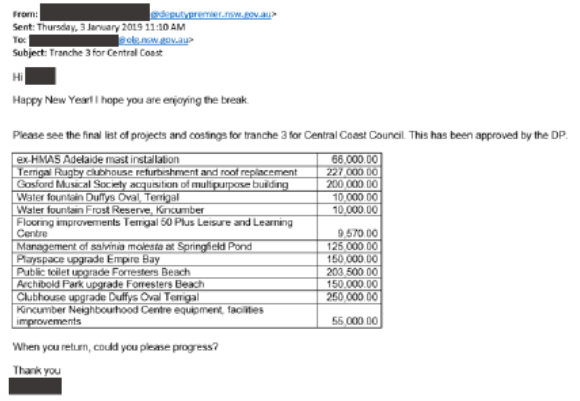